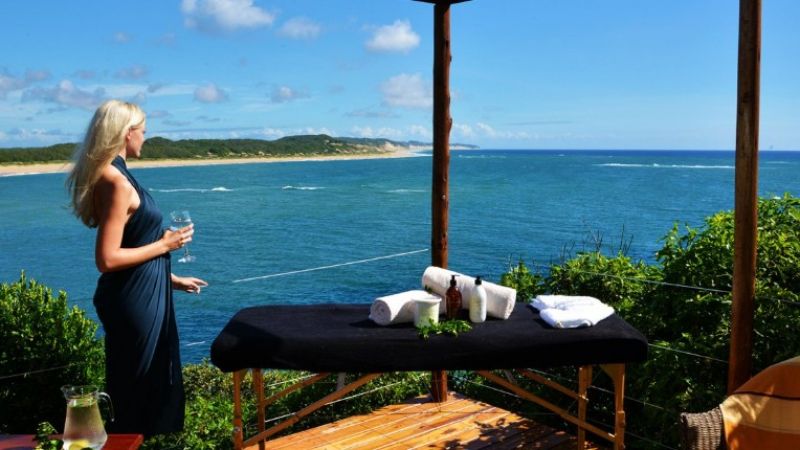 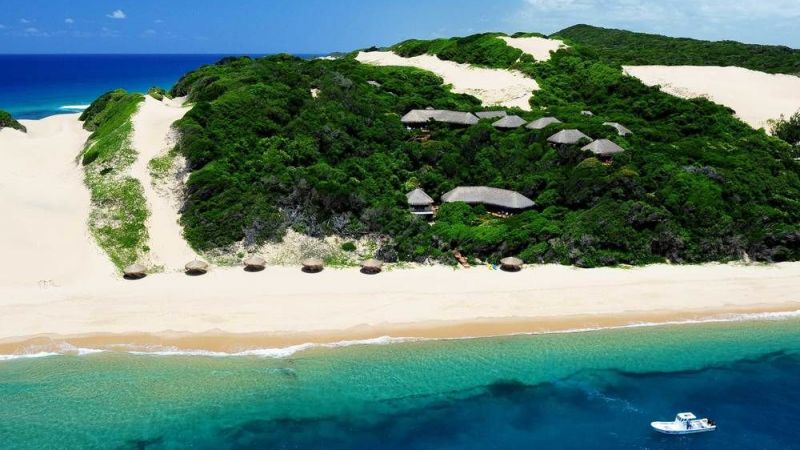 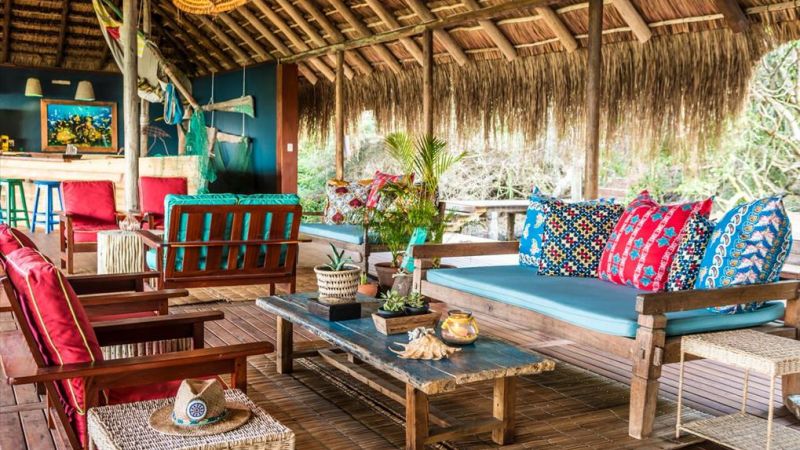 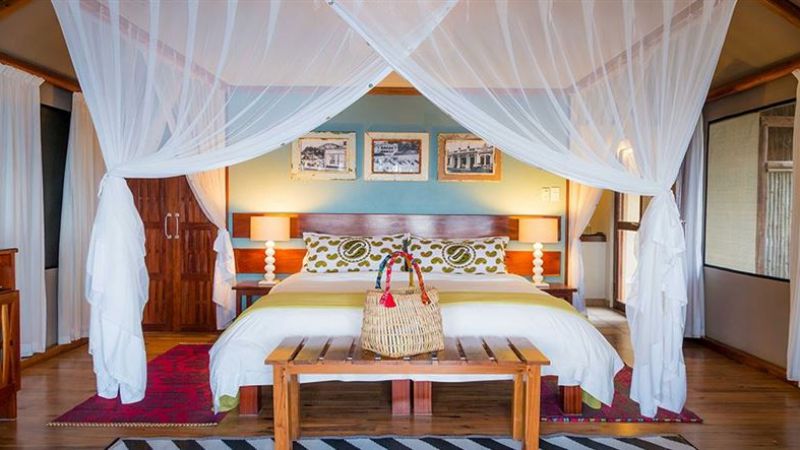 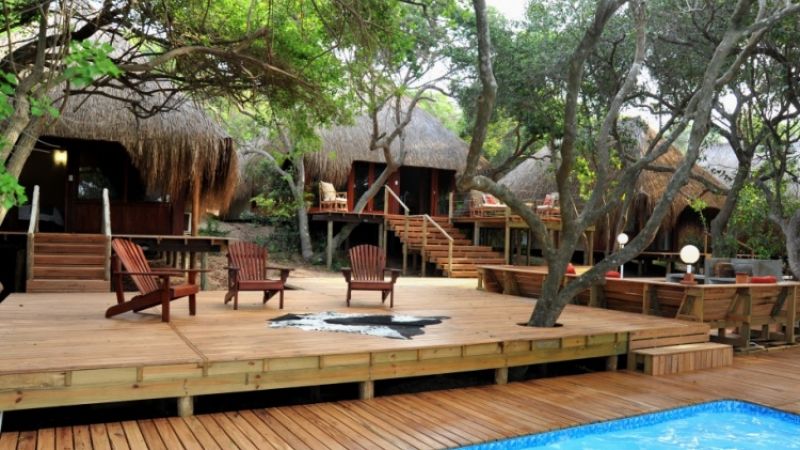 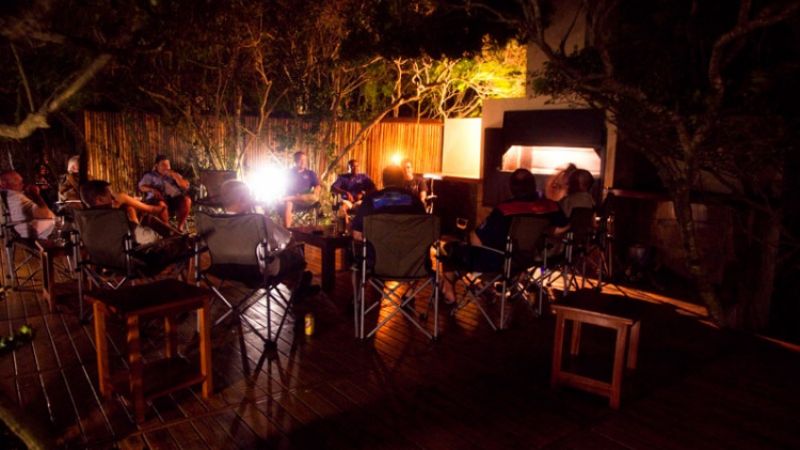 Stunning deal in Paradise - Untamed and untouched. Take a short break at this idyllic Lodge 'far from the madding crowd'!
Machangulo Beach Lodge overlooks the magic of the untamed and untouched, Southern Mozambican coastline between the open Indian Ocean and the estuaries of Maputo Bay. Here you will find endless white beaches, pristine and untouched dune forests, estuaries bursting with life and eternally wide open ocean, all in an energetic harmony. Hidden away amid the dunes and hiding amongst the forests, the beach lodge has a warm and inviting atmosphere, keeping its guests calmly protected from the epic nature outside. Your boat journey through the endless channels of the bay ends on the Lodge's private beach. From here the beauty and magic become more and more real. Walkways snake through the cool forest and bring you to the Lodge's main building, inviting you to relax and become part of the calm. Your cabin is just around the corner, and the staff of Machangulo Beach Lodge are at your service to ensure an unforgettable adventure.

Valid only for SADC Residents.
Peak season surcharges and block out dates may apply. The above package is subject to availability at time of reservation. Price is per person sharing. Prices are subject to change in accordance with currency fluctuations and increased airfares. When making a booking enquiry it is important that you are in possession of the correct documentation to travel i.e. visas, inoculation certificates etc. Please check that all names and surnames are spelt exactly as they appear in the relevant passports. Fares, where indicated, are based on low season rates.

Maputo, formerly Lourenço Marques, is the capital of Mozambique. Maputo is located in the far south of Mozambique, a port on the Indian Ocean.

Founded in 1876, the city was named after Lourenço Marques, the Portuguese trader who was the first European to explore the area in 1544.

Maputo is a melting pot of several cultures, with a strong South African influence. The Bantu and Portuguese cultures dominate, but the influence of Arab, Indian, and Chinese cultures is also felt. The cuisine is very elaborate, owing especially to the Portuguese and Muslim heritage. Seafood is also very abundant.

Maputo's most important landmark is the Fort of Nossa Senhora da Conceiao (Our Lady of Conception) which was the nucleus of the original settlement. Another imposing building is the Central Railway Station, an enormous structure looking more like a palace for kings, than a siding for commuters.

A regular ferry service takes visitors from Maputo's fishing harbour to Inhaca Island to see the fascinating maritime museum, historic lighthouse and to have lunch or overnight at the hotel. Other visitors head south into the swamplands of the 236,000-hectare Maputo Elephant Reserve where rolling green hills meet the sea. Crocs, hippos, side-striped jackals, antelope and up to 200 elephants are found here.

Prices are based on per person sharing.
Due to the volatility in the South African currency and the price of fuel affecting the price of air tickets we cannot ensure the accuracy of the price as mentioned. The price was correct at the time of printing on 03 July 2020.