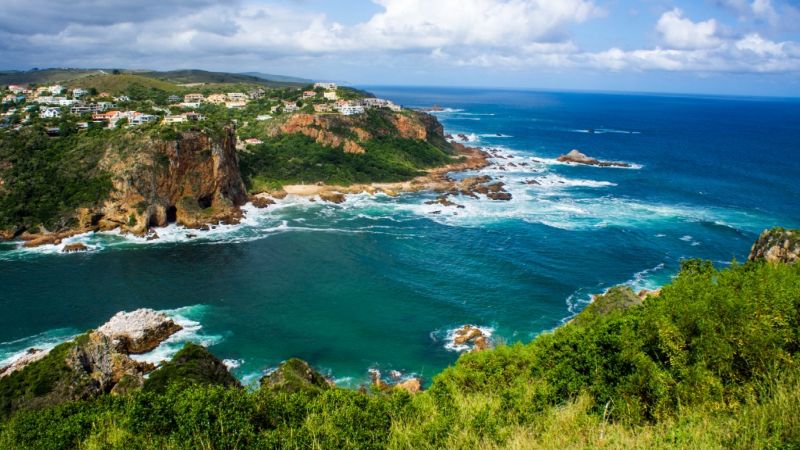 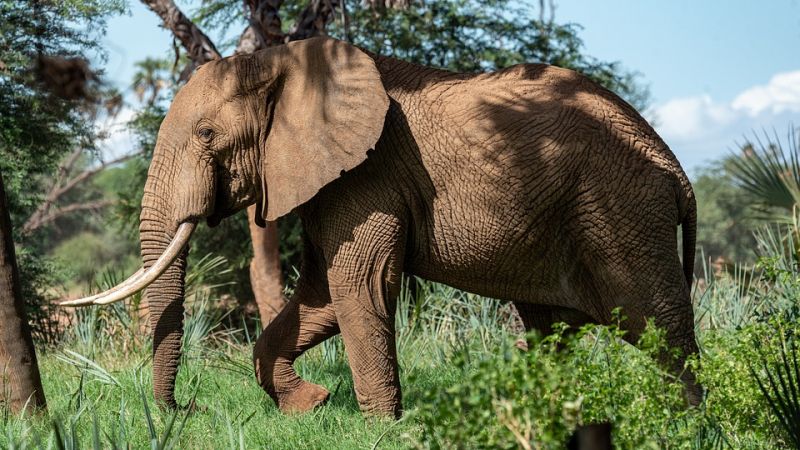 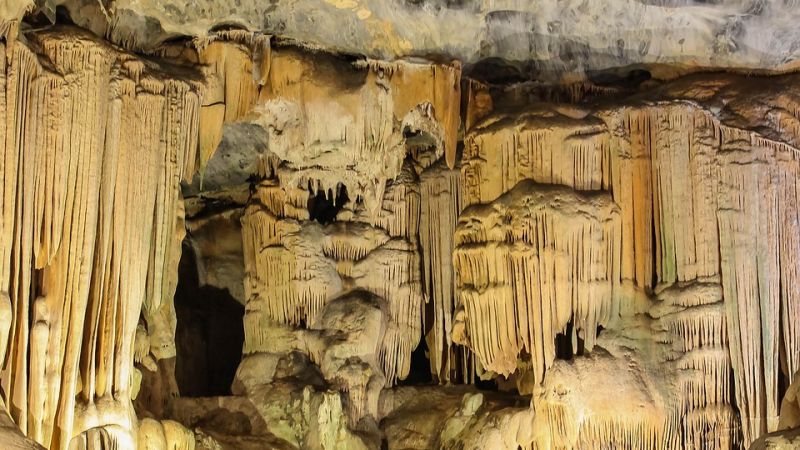 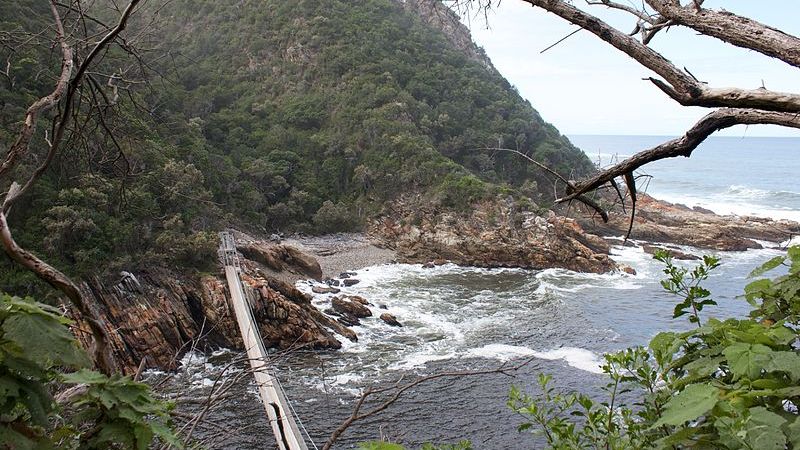 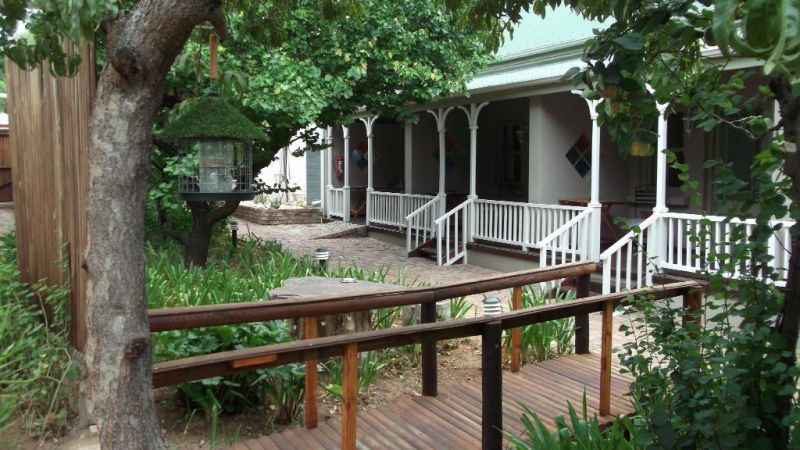 Travel along the dramatic coastline at the bottom of South Africa

This journey starts in Port Elizabeth to Cape Town following the famous Garden Route. Along the way you will take in fantastic wildlife, beautiful beaches, rainforests, deep canyons, rolling hills, endless vineyards, quaint towns, vibrant cities, and one of the most spectacular coastlines in the world. This trip takes in the best of one of South Africa’s greatest regions, packing in surprising diversity. In season (August-November) this is also the best place on Earth to watch whales right from the shoreline.

Upon arrival at Port Elizabeth Airport we will transfer about 1hr to the the Sundays River Valley and the lovely Avoca Guest Farm. The rest of the afternoon is free to relax amidst this bucolic setting.

This morning we head to Addo Elephant National Park. The third largest national park in South Africa, Addo is home to some 550 elephants (up from a mere 16 when the park was initially set up) as well as Black rhino, leopards, lions, buffalos, hyenas, zebras, various antelopes and dung-beetles. We will enjoy game drives (in our own vehicle) in the park and have the option of a 2nd game drive as well (at extra cost).

Today we start heading west to the official start of the Garden Route at Storms River and Tsitsikamma National Park. Stretching along the coast, the park gets its name from a local word meaning ‘place of abundant water.’ The park is made up of rocky coastlines, fairy-tale forests, waterfalls and rivers. We have the opportunity to hike in the forest and along suspension bridges. The area is also a great place for bird-enthusiasts with a variety of sea, forest and fynbos (scrubland) species present.

Free day to relax, walk or explore the region.

We spend the day at Tsitsikamma where a number of hikes are available as well as other activities (though some may be dependent on the weather conditions such as canoeing).

We start our day with a visit to the Knysna Heads, two tall sandstone cliffs which form a channel through which the turbulent Indian Ocean enters the calmer Knysna Lagoon. We have a bit more time to relax in town before leaving for Oudtshoorn after lunch. As we head inland and over a pass the landscape changes drastically and we enter the Little Karoo, a much dryer and hotter region. Oudtshoorn itself became famous thanks to the trade in Ostrich feathers and is still, today, the ostrich capital of the world. Our Guest House is situated out of town in the tranquil rural Karoo village of De Rust.

Today we spend all day in and around Oudtshoorn. We start by visiting the Cango Caves, an extensive complex of caverns with stalactites and stalagmites. We then enjoy lunch at Buffelsdrift where will overlook a waterhole that occasionally is visited by elephants, giraffe and springbok. In the afternoon we visit the beautiful Meiringspoort Waterfall and enjoy a short walk in the area. (the order in which we do these activities may be reversed).

To Hermanus via Mossel Bay.

Returning towards the coast we make a stop at Mossel Bay and the Dias museum complex celebrating the influence of early Portuguese sailors on S. Africa and the location of the Post Office Tree (an old milkwood tree which was used to leave messages for passing ships since 1500). We then continue to Hermanus, famed as the whale capital of the world.

Today is a free day to relax and enjoy Hermanus. From late August to November Southern Right whales are easily spotted from shore as they frolic in Walker Bay. A whale crier sounds his kelp horn when he spots whales off the coast. Those who want can also do a boat-based whale watching trip. There are also a number of other activities available from hikes to river cruises and lagoon-kayaking which are available year-round.

To wine region; afternoon wine tour and on to Cape Town.

Our next destination is South Africa’s famed wine region. The wine industry, which dates back to the 17th Century and was heavily influenced by French Huguenots, produces some of the best wines in the world. We will have the opportunity to taste some of these wines before continuing to Cape Town, the Mother City.

We spend the next two days in and around Cape Town, Africa's most exciting city. Our activities in Cape Town will, to some extent, be dictated by the weather as visits to the top of Table Mountain, which has its own micro-climate, are determined by cloud cover and wind. Because of this, often, temperamental weather, it is best not to pre-book the cable car but to just buy tickets on the spot (not included) Those who are staying longer in Cape Town post-tour may opt to visit Table Mountain later if the weather looks as though it may be better then. There is also the option of visiting Robben Island on one of the days, however we recommend you pre-book Robben Island with us before the trip (but pay the tour leader locally). On one of the days we head down the Cape Peninsula. We follow the Atlantic Seaboard past the areas of Camps Bay, Llandudno and Hout Bay to the Cape Point via Chapman's Peak drive, if it is open. The highlight of the day is our visit to the famous Cape of Good Hope Nature Reserve, which covers an area of 7680 hectares. The reserve is home to eland, bontebok, grysbok, springbok, wildebeest, baboon and ostrich. Rugged cliffs, unspoilt beaches, shipwrecks and beautiful flora are the main features of the reserve. We will go on a walk through the reserve for approximately two hours. We first take a walk to the old lighthouse for the panoramic views, before following the pathway to the new lighthouse which offer spectacular cliff views. We then follow the downhill path to the Cape of Good Hope and the iconic board showing the most Southern Western point of the African continent where the Indian and Atlantic Oceans meet. Once we leave the park we stop at the former Royal Navy base at Simonstown and take time to visit the resident penguin colony at Boulders Beach.

Our final day of the trip we have the option of doing a township tour, strolling along the Victoria and Alfred Waterfront or exploring various other parts of Cape Town. Those on group flights will be transferred to the airport this afternoon for their flight home, those on a land-only basis the tour officially ends today.

Details of the tour:

This tour is graded as a leisurely/moderate as it is based on comfortable accommodation and there are no strenuous activities. This is primarily a vehicle-based trip, although there are a few opportunities to go on walks in the Tsitsikamma National Park and in Cape Point Nature Reserve. All walking is optional. At Cape Point Nature Reserve you will walk along good paths to the lighthouse and along the boardwalk. Both walks will take about two hours. The Tsitsikamma walk to the Storms River mouth is along a boardwalk and is about 1 hour long. There are many optional walks in the park that are a little longer and more strenuous.

Legal Note: all group members joining this tour will be asked to sign an indemnity form at the start of the holiday. This indemnity form is a requirement of the South African Tourism Service Association which our local supplier is a member.

All breakfasts included The food you'll encounter on this trip is very similar to the kind of food you'll be used to at home. There may be the opportunity to try some more unusual meats such as ostrich, kudu or eland. There are also some options for vegetarians. The water provided on this trip is safe and clean drinking water, normally coming from bore-holes. It is not bottled water, however. If you would rather have bottled water then this will be at your expense, though we would encourage you to make use of the safe drinking water provided as this helps diminish plastic consumption.

A minibus is used for this trip. Each minibus is fitted with forward facing seats and tows a luggage trailer. The minibuses have large windows for good views while touring.

Port Elizabeth is a city in South Africa, situated in the Eastern Cape Province.

The area around what is now called Algoa Bay was first settled by indigenous tribes countless centuries ago. It is said that the San and Khoisan people were amongst the first inhabitants, and the Xhosa tribe came later. The first Europeans to have visited the area were Bartolomeu Dias, who landed on St Croix Island in Algoa Bay in 1488, and Vasco da Gama who noted the nearby Bird Island in 1497. The area was part of the Cape Colony, which had a turbulent history between its founding by the Dutch East India Company in 1652 and the formation of the Union of South Africa in 1910. During the Second Boer War, the British built a concentration camp here to house Boer women and children. Following that war, the Horse Memorial was erected to honour the tens of thousands of horses and mules which died during the conflict. The effects of the apartheid regime were not lost on Port Elizabeth. Forced relocation of the non-white population under the Group Areas Act began in 1962, causing various townships to be built.

Located at the end of the picturesque Garden Route along the Cape, the city is one of South Africa's major destinations for tourists, many of whom come simply to enjoy the many fine beaches in and near the city. The wider area surrounding PE also features a number of game viewing opportunities, including the famous Addo Elephant Park, 72km to the north near the Zuurberg mountain range and National Park.

Prices are based on per person sharing.

Due to the volatility in the South African currency and the price of fuel affecting the price of air tickets we cannot ensure the accuracy of the price as mentioned. The price was correct at the time of printing on 27 May 2020.